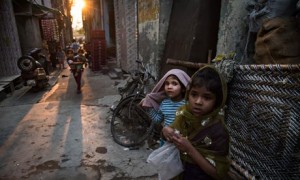 One in six urban Indians lives in slum housing that is cramped, poorly ventilated, unclean and “unfit for human habitation”, according to the country’s first complete census of its vast slum population. In other words, nearly 64 million Indians live in a degrading urban environment very similar to the shantytowns portrayed in the Oscar-winning movie Slumdog Millionaire.

The first-ever nationwide report – prepared from data collated for the 2011 national census – looks at urban slums in around 4,000 towns across India. (A slum was defined as a settlement of at least 60 households deemed unfit for human habitation, but the report does not cover every town and city in this vast country.)

India’s Planning Commission has recommended that urban clusters with as few as 20 households should be classed as slums. “We will be analysing the census data on the basis of the new definition also,” said Dr C Chandramouli, the registrar general. “This is likely to increase the number of slum households across the country.”

While the report described open sewers and poverty, it also shows that many residents own mobile phones and televisions in their shacks and have overcome a lack of infrastructure by rigging up elaborate – mostly illegal – electricity supplies.

Mumbai has the largest absolute population of slum dwellers: 41% of its 20.5 million people. But in percentage terms, India’s commercial capital has been overtaken by two other megacities: the bustling port city of Vishakapatnam on the Bay of Bengal (43% of its 1.7 million inhabitants) and the central Indian city of Jabalpur, birthplace of the Maharishi Mahesh Yogi (42% of its 1.3 million people).

“This kind of shift could be due to the displacement of the working class,” said PK Das of the Nivara Hakk housing rights group in Mumbai. “In the latest census, for instance, some municipal wards in central Mumbai dominated by the working class have actually shown a decline in the total population. This is because industries are creating fewer jobs in Mumbai, while smaller cities are attracting workers in the informal sector.”

The report reveals another fact that provides a bleak vision of India’s future urbanisation. Ten towns with a population of around 5,000 have been categorised as “all-slum towns”. These are concentrated in four states: Jammu & Kashmir, Uttar Pradesh, West Bengal and Sikkim.

Das pointed out that the slum rehabilitation programme in Mumbai involving the private sector has created only 137,000 houses in the last 22 years.

New Delhi, the capital, had a relatively low 15% of households in slums, while the big cities of Kolkata and Chennai had 30% and 29% respectively. Bengaluru, a high-tech centre, had only 9%.

Nationwide, more than one-third of slum homes surveyed had no indoor toilets and 64% were not connected to sewerage systems. About half of the households lived in only one room or shared with another family. However, 70% had televisions and 64% had mobile phones.

Maqbool Khan, 54, has lived in the seaside Geeta Nagar slum in South Mumbai for the last 40 years. The shantytown is close to posh apartment complexes inhabited by millionaires and senior officials. Khan runs a tailoring shop. He says that there are not enough municipal facilities for Geeta Nagar’s 2,000 households.

“I feel embarrassed to tell you how we survive,” he said in a telephone interview. “We have to queue up for hours even to go to the toilet, so we often end up doing it in the sea. The government keeps promising to shift us to proper housing, but we remain stranded here.” (The Guardian)