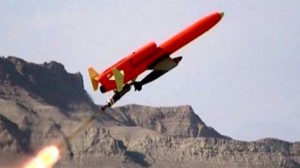 This Iranian drone enjoys ultra-advanced technology and has been manufactured for the first time in the world, an Iranian expert in the research team in charge of building the drone, Abbas Jam, told Mehr news agency on Saturday.

He added that the drone would be tested on Saturday and would be unveiled during the 10-Day Dawn celebrations, which will begin on January 31, marking the 34th anniversary of the victory of the Islamic Revolution in Iran.

He noted that the hushed drone does not require runways at all and can take off and land vertically.

Jam added that NASA has confirmed the manufacturing of this unmanned aerial vehicle and its information.

Iranian researchers have recently designed and built a new radar-evading drone, named Liko, with the capacity of carrying 100 kg of cargo for 100 kilometers.

It is also capable of non-stop flights for three hours. The 53-kg UAV can fly at an altitude of 16,000 feet and requires the shortest landing runway length.

The country’s indigenous unmanned aerial vehicle, Shahed 129, unveiled in September 2012, can carry out combat and reconnaissance missions with its 24-hour nonstop flight capability.

In recent years, Iran has made great achievements in its defense sector and attained self-sufficiency in producing essential military equipment and systems.