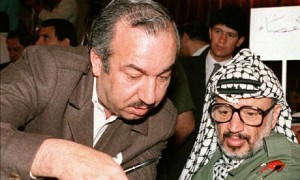 Israel has acknowledged after nearly 25 years of secrecy that it killed a deputy of the late Palestinian leader Yasser Arafat in a raid in Tunisia.

Two of those involved in the operation in 1988 now hold high political office: Ehud Barak, the defence minister, and Moshe Yaalon, the deputy prime minister. At the time Barak was deputy military chief and Yaalon was head of the elite commando unit Sayeret Matkal. Their precise roles in the operation were not divulged, and both men’s offices declined comment.

Israel has long been suspected of assassinating Khalil al-Wazir, who was better known by his nom de guerre Abu Jihad. But only now has the country’s military censor cleared the Yediot Ahronot daily to publish details, including an interview with the commando who killed him, at least 12 years after the newspaper obtained the information.

“I shot him with a long burst of fire,” the now-deceased commando Nahum Lev told Yediot. “I was careful not to hurt his wife, who had showed up there. He died. Abu Jihad was involved in horrible acts against civilians. He was a dead man walking. I shot him without hesitation.” Lev died in a motorcycle accident in 2000.

Dozens of similar operations have been attributed to Israel over the decades, but Israel rarely takes responsibility. Abu Jihad founded the Palestine Liberation Organisation with Arafat and was blamed for a series of deadly attacks against Israelis, including a 1978 attack on an Israeli bus that killed 38. He organised the first Palestinian uprising against Israel, which began in December 1987. The following April, Israel killed him.

According to the Yediot report, the operation was a joint effort by the Mossad secret service and the Sayeret Matkal. At the time of the raid the PLO was based in Tunisia.

From a command post on an Israeli boat in the Mediterranean Sea, 26 Israeli commandos reached the shores of Tunisia on rubber boats. Lev approached Abu Jihad’s home in Tunis with another soldier, who was dressed as a woman. The two pretended to be a couple on holiday, with Lev carrying what appeared to be a large box of chocolates. Inside the box, however, was a gun fitted with a silencer.

Upon encountering the first of Abu Jihad’s bodyguards, Lev drew his weapon and shot the man in the head. Another team killed a separate bodyguard and a gardener before entering the villa. Lev’s partner was the first to fire at the Palestinian leader. When Lev noticed Abu Jihad reaching for a weapon he shot and killed him.

It was not clear why Israel’s military censor permitted publication of the report now. The censor has authority to block publication of material deemed a threat to national security.

The Palestinians have long accused Israel of being behind the assassination. Nonetheless, Abbas Zaki, a senior official in President Mahmoud Abbas’s Fatah movement, said the Palestinians and Tunisia should now “work to bring Israel to justice”.

Wazir’s son, Jihad al-Wazir, who heads the Palestinian central bank, said the family had no comment. (The Guardian).