The environmentalists and pro-life groups in their thousands have taken to the streets across many Indian cities including Chennai calling for the closure of the Kudankulam complex. Hundreds of activists have been arrested. 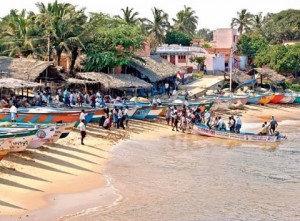 S. P. Udayakumar with the India-based Peopleâ€™s Movement against Nuclear Energy (PMNE) told that the residents living close to the plant had been misled by the authorities with false promise of 100,000 jobs, water from a reservoir and development of the region.

â€œNow the people of the area have realised this is not just a fisher folkâ€™s problem. They will be displaced and they will have to deal with radioactive poison,â€ he said.