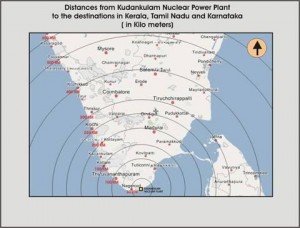 The Eelam Tamils have extended their support to the anti-Kudankulam activists pressing their demand against commissioning of controversial nuclear power project in Tamil Nadu.

“Activists of People’s Movement Against Nuclear Energy (PMANE) have planned to continue its protest insisting their demand.

The ways and means to promote an environment of peace, security and coordination of the south indian region through the Tamil Nadu â€“ Eelam Tamils anti-Kudamkulam protest will be important, a Tamil activist, who is working in Jaffna Univeristy told to the Eelam-e-News.

The protest will cover a whole gamut of issues like Tamils focusing on human rights abuses, political differences, ethnic and religious differences apart from security concerns, he added.