Sri Lanka Saturday said it hoped India will vote for it in the upcoming UN Human Rights Council meeting in Geneva. 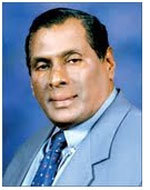 India had voted for a UN resolution last year that pulled up Colombo on issues related to human rights and the re-settlement of Tamils displaced by the military conflict.

Sri Lankan Minister for Public Administration W.D.J. Seneviratne told reporters that bonds between India and Sri Lanka were growing from strength to strength.

“India is one of the major exporters to Sri Lanka and in the last year trade between the two countries crossed $5 million. Besides, India is helping to build a power plant in our country,” he said.

He said Sri Lanka and Kerala had a lot of similarities in culture and food.