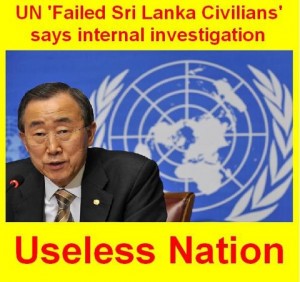 Sri Lanka has been one of the biggest challenges faced by the UN, Vijay Nambiar, the former Chef de Cabinet to UN Secretary-General Ban Ki-moon said. Nambiar currently serves as Secretary-General Ban Ki-moon’s Special Adviser on Myanmar, a role he has held since 2010. The veteran Indian diplomat served as Chef de Cabinet to the Secretary-General from 2007-2012. In an interview to UN News, Nambiar says the way in which the UN has dealt with various aspects relating to the protection of civilians is an important issue and they have progressively been learning how they need to be more sensitive to these issues. “At the same time, one has to realize that dealing with political crises which have human rights dimensions is a very sensitive process because you need to address some of the political issues first, while at the same time you need to not be unaware or neglect the civilian protection dimension,” he said. Nambiar says the most recent report by Charles Petrie on Sri Lanka has in some ways set the record straight in terms of what the UN could do in terms of being able to save civilian lives during the final stages of the conflict. “I think they have set the record straight in terms of the fact that there was a limit to which we could help. The question of the assessments of the actual nature of the casualties and the trade-off, as it were, between getting access to the people who needed it – the vulnerable populations – and the need to put pressure on the Government, that is an area where I think we have to learn from the report that Charles Petrie has prepared,” he said. “I think in a sense that was one of the bigger challenges. I must say that the UN as a whole… we have to remember that every situation is a challenge. When these things happen, whether it’s in the past in Rwanda or Srebrenica or in other places, in Congo today or in Sri Lanka during the final stages of the conflict, you have to maintain a very careful balance and you have to consciously remember that the world is watching. I think that’s an important challenge,” he added.]]>