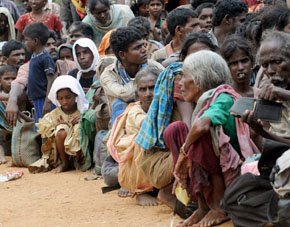 The Tamil National Alliance (TNA) has raised concerns over the sudden closure of the Menik Farm displacement camp, saying it is a move to mislead the government.

TNA MP Suresh Premachandran told the Colombo media that the remaining war displaced people in the camp are to be shifted to another camp in Mullaitivu instead of being resettled in their original homes.

Tamil media reports said that the families remaining at the Menik Farm camp have been told to leave as the camp will be closed by tomorrow.

Reports further quoted the families as saying that they were told they will not get any form of assistance if they attempt to remain in the camp.

Premachandran said that the government is attempting to show the world that three years after the war it has completed the resettlement process and that the main IDP camp is also closed.

Vavuniya Government Agent Bandula Harischandra said that the temporary shelters that collectively formed Menik Farm are currently being dismantled and the entire camp area is being cleared and it will be used for public purposes in the future.Â  He said that however, several schools and hospitals established within Menik Farm will remain.