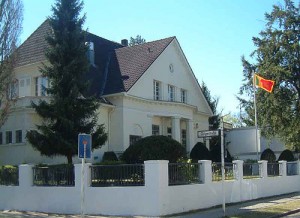 Bahrain has welcomed a decision by Sri Lanka to open an embassy in Manama to serve its nationals and to help boost bilateral relations.

â€œThe embassy in Manama will help foster diplomatic relations and coordination in various areas and will also serve the interests of the Sri Lankan community in Bahrain,â€ Shaikh Khalid Bin Ahmad Al Khalifa, the foreign minister, said at a meeting with Gamini Lakshman Peiris, the Sri Lankan minister of external affairs in New York.

Shaikh Khalid has directed officials in the kingdom to take the necessary measures to speed up the establishment of the embassy.

Around 15,000 Sri Lankans, including 3,000 domestic helpers, are believed to live in Bahrain, making them one of the largest foreign communities in the country. (Gulf News)