The lawyers in the North are protesting for the twelfth day today calling that the government has still not taken any action against the suspects behind the attack on the Mannar Magistrateâ€™s Court. 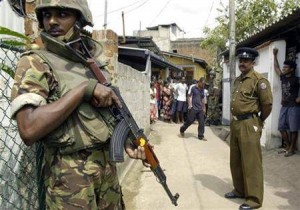 The court proceedings have been postponed in the Mannar, Vavuniya, Mullaitivu areas, ground sources stated.

A house owned by the Mannar Magistrate Anthony Pillai Judeson came under attack late last night by Sri Lankan paramilitary gang. SL Minister Rishad Bathiudeen had threatened the Magistrate and asked him to change his ruling.