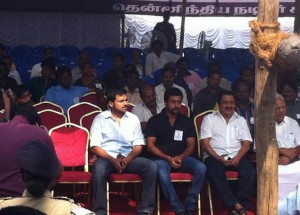 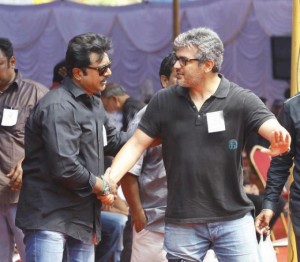 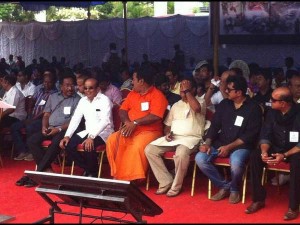 The ‘hunger strike’ on 2nd April in Chennai was organised to extend support to Tamils in Sri Lanka and oppose the Sri Lankan government’s war crimes.

A day-long hunger strike in support of Tamil people in Sri Lanka was held on the 19th by those engaged in Tamil film industry, including superstars. Tamil student organizations have requested Tamil film directors to support their cause.

Tamil Nadu students protest intensified prior to the vote on a UNHRC resolution on alleged war crimes by Sri Lanka. More than hundred thousand Tamil civilians were killed by the Sri Lankan government forces.