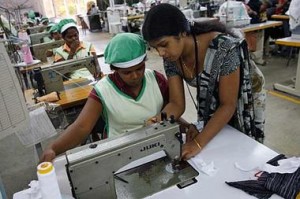 The body representing Sri Lanka’s clothing manufacturers says the sector continues to be challenged by the loss of trade preferences to the EU, labour shortages and cost of energy. Speaking at the ninth annual meeting of the Joint Apparel Association Forum (JAAF), outgoing chairman A Sukumaran said the apparel industry reached its US$4bn export target in 2011 and is focused on growing this to US$5bn by 2015. But he emphasised that Sri Lanka does not get any preferential treatment from its major markets, whereas competitors such as India, Bangladesh, Pakistan, Cambodia and Vietnam “are continuing to negotiate preferential agreements”. Sri Lanka was removed from the European Union’s GSP+ scheme in 2010, which had previously entitled it to duty-free exports to the EU. “Under the new GSP regulation, EU authorities have tightened beneficiary country obligations and these countries are now expected to undertake binding commitments to report to monitoring bodies on conventions, two-year reviews and reporting to the EU Parliament and Council by the Commission, and the burden of proof in the event of an investigation is now passed to the beneficiary countries,” said Sukumaran. “A conscious study of these new dimensions of requirements/obligations needs to be done in deciding our course of action on [trying to reinstate] GSP+, towards obtaining a positive response from the EU.” ]]>