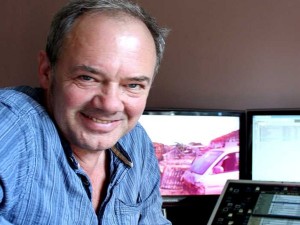 British journalist Callum Macrae may get access to cover the Commonwealth Heads of Government Meeting (CHOGM) in Sri Lanka if his application falls within the guidelines of the Commonwealth Secretariat.

Sri Lankan Media Minister Keheliya Rambukwella, when asked if Macrae and former BBC corespondentÂ Frances Harrison will be given entry to Sri Lanka for the summit, said that the government will have the final say.

He said that there are stipulated guidelines issued by the Commonwealth Secretariat and if any journalist falls within those guidelines then they will be granted access.

Asked ifÂ Macrae will be granted access if he falls within those guidelines, Minister Rambukwella said yes.

Callum MacraeÂ is theÂ Director of the movie â€˜No Fire Zoneâ€™ which raises several human rights allegations against the Sri Lankan government over itâ€™s conduct on the war with the LTTE.

Several groups including Sri Lankan diplomats overseas have openly said that Macrae should not be granted access to Sri Lanka to cover the summit.

There has also been strong opposition in the government toÂ Frances Harrison after she had spoken out in support of calls to the international community to boycott the Commonwealth summit in Sri Lanka over human rights concerns.

Minister Rambukwella meanwhile said that he is confident the summit will get maximum exposure through the local and international media.

The Commonwealth Secretariat in London had recently said it is working with the CHOGM 2013 task force in Sri Lanka on concerns raised over media accreditation for the November summit.

He said that all media participating in CHOGM 2013 must be accredited in order to access and use the media facilities within the Media Centre, located at the Bandaranaike Memorial International Conference Hall (BMICH) complex.