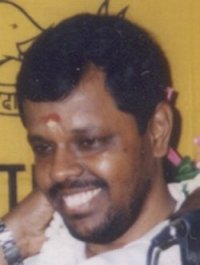 The Sri Lankan Colombo High Court judge Sunil Rajapaksa handed down the death sentence to a man found guilty of shooting dead former UNP Jaffna District MP T. Maheswaran. Colombo High Court judge Sunil Rajapaksa  sentence to death the man who had opened fire on the Tamil MP inside a Hindu Temple in January 2008. The gunman was also injured when he was shot by Maheswaran’s bodyguard as he attempted to flee after the shooting at the Temple in Kotahena. Following the shooting incident the UNP blamed the EPDP pistol group of carrying out the killing. The suspect was a resident of Jaffna and was a temporary resident of Wattala just before he carried out the shooting. Maheswaran’s wife Vijayakala Maheswaran is now in active politics.]]>