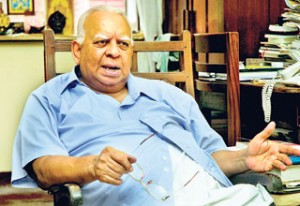 The Tamil National Alliance (TNA) today urged the Sri Lanka Muslim Congress (SLMC) not to betray the voters in the East by supporting the Sri Lankan government to form an administration in the Eastern Province. TNA leader R. Sampanthan told reporters at a press briefing this morning that the Muslims in the East had voted for the SLMC as the parry contested against the government. Sampanthan noted that the SLMC had gone on stage and spoken against the government during the election campaigning. He said that if the SLMC joins the ruling UPFA to form the government in the Eastern Province that will be seen as an attempt to disregard the votes given by the Muslims. The SLMC is expected to decide this weekend if it will support the UPFA or the TNA to forme the government in the East. The TNA leader said that the government has no right to stake claim to form the administration in the east when the opposition has the majority seats. Sampanthan meanwhile claimed that there were attempts to buy the support of some TNA members and also charged that the election itself was not free and fair. ]]>