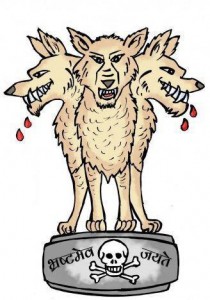 Indian central government rejects Tamil Nadu chief minister Ms Jayalalithaâ€™s request and Indian central government will continue to train Sri Lankan defence personnel at its establishments, Minister of State for Defence M M Pallam Raju said today, notwithstanding opposition by parties from Tamil Nadu. The minister’s statement came against the backdrop of the demand for expulsion of two such Lankan officers from Defence Staff Services College in Wellington by the Tamil Nadu Chief Minister J Jayalalitha. “Sri Lanka is a friendly foreign country and the training will go on. Sometimes there are objections raised by local governments which we have to take into consideration,” Raju told reporters in Tamil Nadu. The Minister was asked about the response of the Defence Ministry on Tamil Nadu Chief Minister’s demand. In July, nine Sri Lankan defence personnel were removed from a training institution in Tambaram to Bangalore after opposition from political parties in the state. In her letter, Jayalalithaa said such “reprehensible attitude” on part of the Centre was reflected in permitting two Sri Lankan defence personnel â€“ Major Dissanayaka Mohottalalage Vengra and Captain Hewawasam Kadaudage â€“ to undergo 11 months training at Defence Services Staff College at Wellington from May 19. The Tamil Nadu chief minister has requested the Prime Minister to instruct the Defence Ministry to immediately halt the training being given to the two Sri Lankan defence personnel and send them back to their country immediately. Meanwhile, Raju said the Defence Ministry has given its nod for operation of international flights from the Vishakhapatanam airport which is under the control of the Navy.]]>