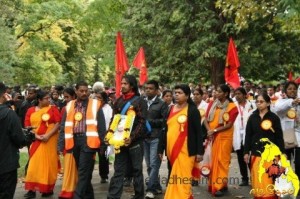 Martyr Vijayaraj who was setting himself afire to seek boycott of the Sri Lankan president and war criminal Mahinda Rajapaksa was commemorated on Saturday in Geneva.

Tamils from the Europe have paid their respect by taking photo of Martyr Vijayaraj at the event, the Geneva sources said.

Vijayaraj, in his letter, urged Tamil Nadu and Indian people to boycott the Sri Lankan war criminal who are responsible for murder of more than 175,000 Tamil civilians and 554 Tamil Nadu fishermen. 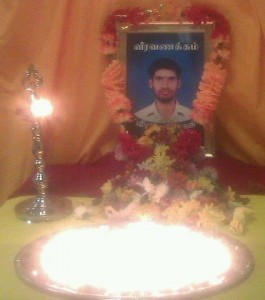