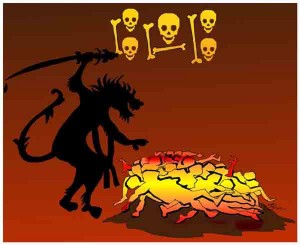 Twentieth death anniversary of 39 Tamil civilians who were massacred by on 9th August 1992 at Punaanai Maiyilanthanai village, 50 km off north of Batticaloa city, was commemorated on Friday.

The Mylanthanai massacre happened on August 9, 1992 when 35 minority Sri Lankan Tamils, including 14 children, at Mylanthanai in Batticaloa District in Sri Lanka, were killed.[

The victims, including pregnant women, children and elders, were shot and hacked to death by a group of soldiers of the Sri Lanka Army from a camp located at Punaanai railway station.

Sri Lankan Army soldiers from an army camp in Punanai were initially accused of the crime, but they were acquitted by the unanimous verdict of a jury in Colombo. On August 9, 1992 according to the government prosecutor Sri Lankan Army soldiers attacked the village of Mylanthanai, after the army’s commanding officer in Jaffna Major General Denzil Kobbekaduwa, was killed along with seven soldiers in a landmine explosion earlier the same day.

An eye witness Ms Sinnathurai Indrakala, 28 was quoted as saying,that the soldiers had used guns, knives and axes to carry out the murders. Children as young as 1 to 15 were amongst the dead.

“About 50 Sri Lanka government troops entered our village with arms and started harassing the villagers. On seeing them I started running from my house towards jungle area. I fell on the ground. Some army personnel came to the spot and stabbed my hands with rifle bayonet. When I regained consciousness I saw 10 bodies of our villagers with gunshot and cut injuries,” said Ms Sinnathurai Indrakala, 28, giving evidence before Judge Mr.S.Sriskandarajah when Mylanthanai massacre case resumed in Colombo High Court.

Eighteen soldiers were identified by the villagers in identification parades and stood trial. But the SL army officers and soldiers involved in the massacre of Tamils had been given promotions and not punished by the Singala regime.