<![CDATA[ Nepalese man has been charged in the UK with two counts of torture during his country's civil war in 2005. Colonel Kumar Lama faces a British trial under a law that allows prosecution of alleged war criminals. <a href="http://www.eelamenews.com/?attachment_id=107977" rel="attachment wp-att-107977"> 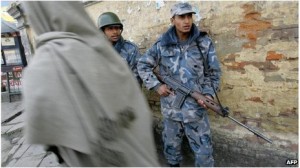 The 46-year-old officer, currently seconded to the UN, was held at his East Sussex home by Metropolitan Police officers on Thursday. His arrest led to the Nepalese government summoning the UK ambassador in Kathmandu to protest. Col Lama is currently employed as a UN peace keeper in Sudan, but was visiting the UK when he was arrested. He was arrested in St Leonards-on-Sea after the Metropolitan Police investigated information supplied by a third party in the UK relating to allegations of torture. He is charged with intentionally “inflicting severe pain or suffering” as a public official on two separate individuals and will appear in Westminster Magistrates’ Court on Saturday. Police said the charges relate to two separate incidents that allegedly occurred between April and May 2005 at the Gorusinghe Army Barracks in Nepal. War casualties Detectives with specialist experience of war crimes arrested the officer under Section 134 of the Criminal Justice Act, a law that defines torture as a “universal jurisdiction” crime. This means that suspects can face trial before a British court even if their alleged offences had nothing to do with the UK. He is accused of committing crimes during Nepal’s civil war, in which more than 16,000 people died. The decade-long war, which ended in 2006, generated allegations of human rights atrocities against both the army and Maoist rebels. Nepal says Britain is breaching its sovereignty by carrying out the arrest. Narayan Kaji Shrestha, the country’s foreign minister, said: “The arrest of Lama, who has been serving in the United Nations mission in Sudan, without informing the concerned government and without any evidence, is against the general principle of international law and jurisdiction of a sovereign country. “We express strong objection to this mistake and urge that it be corrected… and Lama be released.” (BBC)]]>