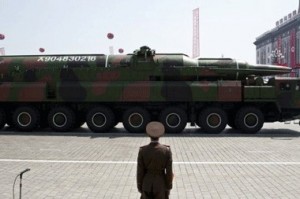 North Korea plans to launch a long-range rocket between 10th and 22nd December states Korean Central News Agency. In a statement carried by Korean Central News Agency, the Korean Committee for Space Technology said it planned to launch a working satellite after scientists had studied mistakes made during a failed rocket launch in April. â€œScientists and technicians of the DPRK analyzed the mistakes that were made during the previous April launch and deepened the work of improving the reliability and precision of the satellite and carrier rocket, thereby rounding off the preparations for launch,â€ it said. The rocket was intended to put a polar-orbiting earth observation satellite into orbit, it said. However, the United States that doesnâ€™t want any country other than its favourits to own rocket technology insisted it was a disguised ballistic missile test using a three-stage variant of the Taepodong-2 inter-continental ballistic missile.]]>