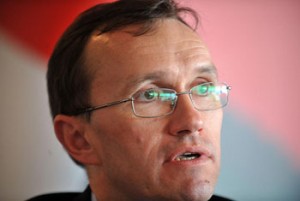 Norway has condemned the execution of Sri Lankan domestic worker Rizana Nafeek in Saudi Arabia this week, with the country’s Foreign Minister Espen Barth Eide saying he was shocked by the execution. “I am shocked by the execution in Saudi Arabia of Sri Lankan Rizana Nafeek. Norway condemns her execution, which is also a violation of the Convention on the Rights of the Child, as she was a minor at the time of the crime for which she was charged,” Barth Eide said. According to her birth certificate, Rizana Nafeek was a minor in 2005 when the child for whom she was responsible died. She was later condemned to death for killing the child. According to a press release from the Norwegian Foreign Office, her execution is a violation of Saudi Arabia’s obligation under the Convention on the Rights of the Child to refrain from imposing the death penalty on anyone under the age of 18. Nafeek was executed in Saudi Arabia on 9 January. “We urge the Saudi Arabian authorities to comply with their international obligations, and to introduce a moratorium on the use of the death penalty, with a view to abolishing it altogether,” said Mr Eide. Norway has raised this case with the Saudi Arabian authorities on several occasions, most recently on the day before the execution, and has urged Saudi Arabia to stop the execution and reverse the sentence.]]>