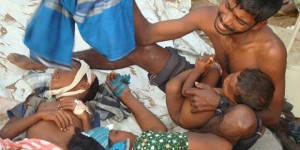 In a bulletin, the watchdog outlined the allegations, and said it received “extremely detailed” complaints, disputing evidence presented by the programme makers and claiming the broadcaster “underplayed” the role of the LTTE.

Ofcom had already cleared an earlier documentary, called “Sri Lanka’s Killing Fields”, last year, and said it only focused on new evidence that was presented by the complainants.

The watchdog said in its summary that it “noted Channel 4’s concerns that two of the complainants (…) had a political interest in Sri Lanka and therefore they were not ‘neutral observers’ nor should the complaints be considered as ‘genuine’ viewer complaints under the Code.”