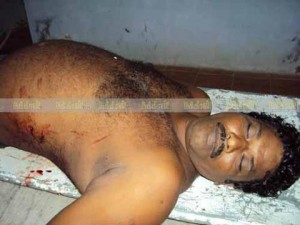 The over a year-long protests against the Kudankulam nuclear project in Tamil Nadu turned violent Monday, leaving one protestor dead in police firing in Tuticorin district and several injured in a police baton charge on protestors near the plant in Tirunelveli district. The Tamil protests, spearheaded by People’s Movement Against Nuclear Energy (PMANE), and earlier confined to Kudankulam and Idinthakarai villages in Tirunelveli, around 650 km from here, spread to Tuticorin following the baton charge on the protesting fishermen on the beach at Kudankulamaround 11.30 a.m. Monday. Protesting against the baton charge, an around 400-strong crowd attacked a police check post in Manapaddu village in Tuticorin village. A protestor was shot dead in fire by a policemen, after his other three colleagues, including a woman constable, were injured. “]]>