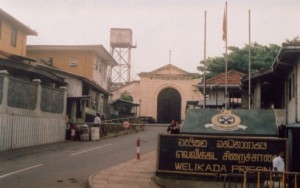 A Sri Lankan official said Wednesday that over 15,000 prisoners are being detained as they were unable to pay fine.

The official from the Prisons Department said on condition of anonymity that over the year 2011, 15,306 persons were sent to prison for their failure to pay fine.

â€œThis was more than the half of the total number of prisoners entering the prisons over the year,â€ the official said.

Failure to pay fine has become a major contributor to prison congestion in Sri Lanka.

In order to get more space Sri Lanka is to relocate almost all the major prisons in suburbs including those in the capital Colombo.

The relocation of prisons is also a part of Sri Lankaâ€™s plan to bring international standards to the countryâ€™s prison network and offer decent living conditions to the inmates. (Xinhua)