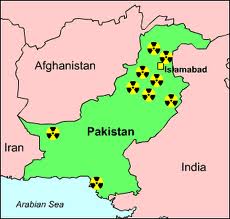 Pakistan assumes presidency of the UN Security Council for the month of January 2013. Ambassador Masood Khan, Pakistan’s Permanent Representative to the United Nations, will formally assume the Presidency on January 1.Pakistan was elected last year as a non-permanent member of the 15-member body. Earlier Pakistan had been elected six times to the Security Council: 1952-53, 1968-69, 1976-77, 1983-84, 1993-94 and 2003-04.  The current term is Pakistan’s seventh term. This shows UN member states’ continued confidence in Pakistan constructive work in the Council. Over the decades, as a non-permanent member, Pakistan has  made important contribution to the work of the Security Council.   This shows UN member states’ continued confidence in Pakistan constructive work in the Council. During Pakistan’s Presidency, Pakistan’s Prime Minister, Raja Perez Musharraf, and Foreign Minister, Ms. Hina Rabbani Khar, will attend and chair the sessions on peacekeeping and counter-terrorism,respectively. Briefings and consultations on several issues and situations, which are part of the regular agenda, will be held during the month of January according to their respective periodic cycles. Ambassador Masood Khan, as President of UN Security Council, will brief the media on January 3, 2013 at 1230 hours. The briefing shall be live telecast by the UN Webcast. “During its presidency, Pakistan will help Council members to forge consensus and bridge differences. Ours will be an effective presidency”, the Pakistan envoy said.]]>