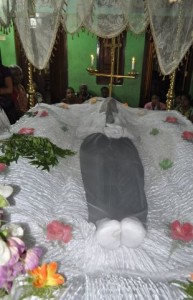 Activists for Human Rights (AFHR) today alleged that the Jaffna based Sri Lankan Police attempted to influence family members to conduct the funeral of Mariadas Navis Dilrukshan, this evening

However, the Jaffna Magistrate had refused to issue such an court order and had advised the family to hold the funeral according to their wishes.

Dilrukshan, a resident of Tathaypoor in Jaffna, was one of the 30 prisoners, who had to be hospitalised after being injured in the Vavuniya Prisons attack. He died on August 8 while being treated at the Ragama Hospital