<![CDATA[Ashok K. Mehta, a former Major general of the Indian Army, says Tamil Nadu politics willy nilly is once again on the verge of rocking India-Sri Lanka relations at a time when Colombo is basking in the glory of its spectacular military victory in 2009 when New Delhi and Chennai had acquiesced to a military solution. <a href="http://www.eelamenews.com/?attachment_id=107714" rel="attachment wp-att-107714"> 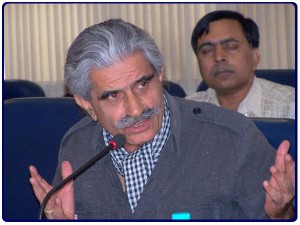 In an opinion written for the Economic Times, Mehta says the military has legitimised President Mahinda Rajapaksa’s overwhelming majority rule both at the centre and in the provinces with the opposition reduced to a non-entity and kingmakers Sri Lanka Muslim Congress made irrelevant except in the Eastern province where it was wooed by the Tamil National Alliance (TNA) and the ruling alliance to form the government. He says the military success has transformed soldiers into national heroes and Sri Lanka one of the safest countries in the world. Three years on, all the 3,00,000 Internally Displaced Persons are resettled, 5,000 sq km of area demined, 1,80,000 acres of cultivable paddy land recovered and $2.5 billion committed for development of the North. He also said that of the 12,000 former LTTE combatants who surrendered or were captured, only 383 have not been rehabilitated due to delay in their deradicalisation programme. Following demilitarisation of the LTTE, the North has been consciously demilitarised by relocating 28 infantry battalions to the South and East, altogether some 21,000 soldiers taken out. Similarly, high security zones in the North, especially around Palaly Airfield, have been shrunk. Central Bank of Sri Lanka governor Ajit Cabral is singing praises of the military for reduction in inflation and returning the country to an 8% growth path though currently it has dipped to just above 6%. But this is compensated by the spectacular growth of 27% in the North with reconstruction prospects soaring on account of renewed business and investor sentiment and influx of tourism alongside a spurt in livelihood and vocational avenues for the rehabilitated. For the first time in 30 years, the North will have an opportunity to grow and thrive if the current mood and investment continue. At the Army-organised Colombo conference in August this year about post-war recovery, Governor Cabral waxed eloquent about Sri Lanka’s peace dividend, quoting extensively from Ruchir Sharma’s bestseller, Breakout Nations. Sharma has predicted that with the civil war over, Sri Lanka is irreversibly poised to join the breakout countries, destined to sustain high growth rates. By 2014, Sri Lanka is likely to overtake India registering the highest growth rate in the region. The process of mending shattered relationships between the two communities will ensure economic reconciliation. One of the trusted aides of President Rajapaksa, Cabral is the brain behind reviving economic activity in the North. He said: “When we opened banking facilities in containers in the North, people excavated their cash which was so dirty that we had to resort to ‘money laundering’. However Mehta says for Sri Lanka, to really break out political reconciliation including power-sharing and accountability will be vital to sustain the euphoria of the military triumph.]]>