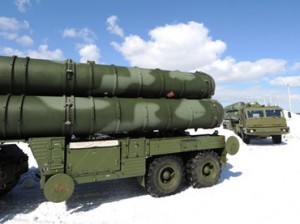 He will also meet the ruling Congress party chief Sonia Gandhi and Sushma Swaraj, the leader of BJP opposition party. The Kremlin said this week that Putin will discuss “concrete steps to further develop strategic partnership” in trade, investment, military and energy policy. The trip will be Putin’s first to South Asia since his return to the Kremlin in May. Dmitry Medvedev met with Prime Minister Singh in New Delhi in late March, shortly before stepping down from his presidency. Putin last travelled to India in 2010, when he was prime minister. India is one of Russia’s key partners, which Putin often praises for sharing Moscow’s geopolitical vision of a multipolar world. Putin will be eager to show Russia’s ally, now the world’s largest arms importer, that it is a key and desirable partner, said Fyodor Lukyanov, who chairs the Russian council on foreign and defence policy, an independent organisation. “The point of the visit is to sustain the exclusive status of these relations,” said Lukyanov. “The relationship with India is very broad, but it is not developing very well,” he said. India is still Russia’s number one arms importer, and Russian-made military equipment accounts for 70 percent of Indian arms supplies. But while Moscow once had a virtual monopoly over India’s arms market, the situation is now changing because New Delhi has started shopping around, Lukyanov said. “India made a real breakthrough (during the 1990s), one that Russia has slept through,” he said. “Putin is trying to compensate for that, but you cannot take back what is lost.” India is still buying Russian weapons “because it is preparing for a regional conflict, and Russian equipment satisfies its needs, since it’s better than that of the adversary,” said Alexander Golts, an independent analyst. But Moscow has been worried recently by New Delhi’s increasing preference for Western suppliers, especially after Boeing was chosen last month over Russia’s MiL plant for a major helicopter contract. India has also been unhappy with delays of deliveries of some naval equipment, notably of the aircraft carrier Admiral Gorshkov, which is being refurbished for the Indian Navy at Russia’s Sevmash naval yard. Russia was originally to deliver the upgraded vessel in August 2008, but the date has now been pushed back to the end of 2013, while the price has more than doubled from $978 million to $2.3 billion. That contract is likely to come up in the course of Putin’s visit, said Igor Korotchenko, director of the Centre for Analysis of World Arms Trade. “One of the visit’s goals is to agree that the project will be finished next year,” he said. “It’s a difficult project.”Many potential deals involve Russia’s Sukhoi aircraft manufacturer, including a $3.77 billion deal for 42 Su-30MKI fighters, a $1 billion refurbishment deal for older Su-30MKIs already used by India’s airforce, and a deal to produce the fifth generation Sukhoi fighter, a joint Russia-India project, he added. Russia’s Kazan Helicopter Plant has this week delivered to India a shipment of Mi-17 helicopters as part of a contract for 80 that India signed in 2008, Russian Helicopters said Thursday. The remainder of the contract will be delivered in 2013, it said. “India is still Russia’s number one military buyer,” Korotchenko said. “We plan to keep that position.” (AFP)]]>