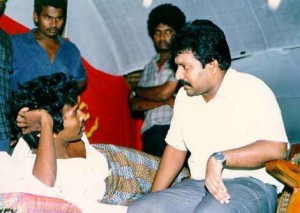 September 26 is the anniversary of the death of LTTE Lt. Col. Thileepan during his 1987 hungerstrike appealing for the Indian government of Premier Rajiv Gandhi to honour the security undertakings it gave to the Tamil people alongside its Accord with Sri Lanka.

Reasons for Thileepan’s fast His demands were: