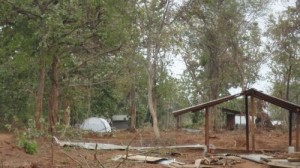 India attaches â€œhighest and most important priorityâ€ to the resettlement and rehabilitation of Tamil community in Sri Lanka and remains engaged with Colombo for achieving a â€œfutureâ€ for them, Prime Minister Manmohan Singh has said in a letter to DMK chief M Karunanidhi.

Conveying this to Mr Karunanidhi who wrote to him on August 20 on the Sri Lankan Tamil issue, Dr Singh said the focus of New Delhi has been on the welfare and well-being of the Tamil citizens of Sri Lanka since the end of the conflict there.

â€œTheir resettlement and rehabilitation has been of the highest and most important priority for our governmentâ€, Dr Singh said in this recent letter released to the media today.

India has also conveyed to the Sri Lankan government the need for taking forward the dialogue with the political representatives of the Sri Lankan Tamils on devolution of power, the Prime Minister told Karunanaidhi, whose party is a key ally of the UPA.

â€œIn this context, we remain engaged with the Government of Sri Lanka for the achievement of a future for the Tamil community in Sri Lanka that is marked by equality, dignity, justice and self-respectâ€, Dr Singh said.

In his letter, Mr Karunanidhi had demanded that India should bring a resolution in the United Nations General Assembly and the United Nations Human Rights Council for bestowing rights to Sri Lankan Tamils to decide a political solution by themselves, contending that the government there has failed on this account, among other issues. (PTI)