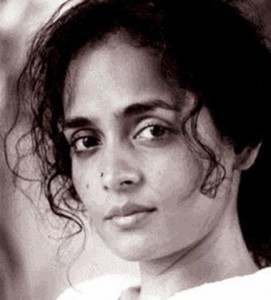 “I stand in complete solidarity with the villagers of Idinthakarai who are resisting the fuel loading of the Koodankulam nuclear reactor. I happened to be in Japan in March 2011 when the earthquake damaged the Fukushima reactor. After the disaster, almost every country that uses nuclear energy declared that it would change its policy. Every country, except India, Arundhati Roy, Journalist told. Our Government has shown itself incapable of even being able to dispose day to day garbage, leave alone industrial effluent or urban sewage. How does it dare to say that it knows how to deal with nuclear waste? And that nuclear reactors in India are safe? We know how the Government has colluded with Union Carbide (now Dow Chemicals) to ensure that the victims of the Bhopal Gas Leak will never get justice. But no amount of compensation can ever right a nuclear disaster. I do believe that what is being done in Koodankulam in the name of Development is a crime,” she added.]]>