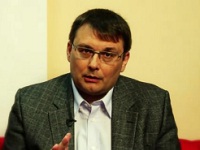 A State Duma deputy, the head of the Committee on Economic Policy and Entrepreneurship of the Russian State Duma, Yevgeny Fyodorov, told Pravda.Ru of his impressions from visiting the APEC summit in Vladivostok. According to him, the meeting showed that the U.S. gradually loses absolute power in the world economy and politics. The power and influence of other countries, such as Russia and China, grows against such a background.

State Duma deputy, the head of the Committee on Economic Policy and Entrepreneurship of the Russian State Duma Yevgeny Fyodorov:

“APEC is a very interesting and important event, although it seems to be an ordinary one. The leaders get together and discuss important issues, but in reality it is the key event in today’s global scenario. With the onset of the global economic crisis,with political and economic turbulence, the APEC

It is clear that it is not a split – everyone still plays by American rules, but the countries already demonstrate their independence in economic policy. I was there and saw how angry Mrs. Hillary Clinton was when she came from China, where several Chinese leaders – especially those who are to become top officials of China next year – did not even want to meet her. In China, Clinton was told no when she wanted to take on mediator’s functions in resolving China’s territorial disputes with Asian countries.

She also heard no in response to her requirement to set the yuan rate. It is an annual requirement of the United States to China to set the yuan rate for political reasons to pump resources and opportunities from China to the U.S. It is an additional form of tribute from China, which China had to deal with every year for political motives. Nowadays, the U.S. was refused. The world is changing.

Russian President Vladimir Putin clearly expressed his attitude to the dollar as the world reserve currency. In fact, he offered the countries of the world to start building a large number of regional currencies as an alternative to the reserve system of the dollar. This is a strong step and a strong move, including the initiative to switch to mutual payments. He also said that Russia and China had already switched to the system and he urged other countries to follow the example. This shows that the world begins to change fundamentally, and Russia’s role at this point is to become the leader in changing the world.

From this point of view, it is the key and turning meeting of the leaders of world’s largest economies, which creates conditions to reformat the entire economic system of the world – moving away from the U.S. Do not forget that the U.S. consumes a half the world’s GDP, despite the fact that there is only 4.5 percent of the population living there. In other words, they eat ten times as much as compared to the citizens of all other countries. And they eat at the expense of China, Russia, India, Brazil – all other countries.

Today, the world begins to unite against the colonizer – USA. For the time being, it is a conceptual and preparatory process, but it takes place. In this regard, I would call the preliminary results of the meeting in the Far East the meeting of the future members of the world national liberation movement to free the world from the U.S. occupation.

is a key event in terms of the demonstration of new vectors of unity of the international community outside the United States.