<![CDATA[A radar site in Azerbaijan for which Russia's lease has expired could be turned into a resort, according to officials. <a href="http://www.eelamenews.com/?attachment_id=107123" rel="attachment wp-att-107123"> 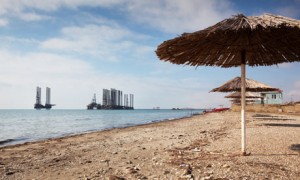 Russia’s lease on the Gabala station, part of a warning network for the former Soviet Union, ran out on Sunday and the two former Soviet republics could not agree on the rate for a renewal. Much of Gabala, at the foot of the Caucasus mountains, has been designated a resort area, the Azeri defence ministry spokesman, Eldar Sabiroglu, said. “The radar station occupies a large area in the Gabala region,” he said, adding that the land “may also be used as a part of this resort”. Moscow has seen its influence fade in Azerbaijan, an oil-producing nation nestled between Russia and Iran on the western coast of the Caspian Sea, as Baku has strengthened its ties with the west. The Azerbaijan foreign minister, Elmar Mamedyarov, said a commission overseeing the dismantling of the station would be set up shortly and all equipment would be sent back to Russia. “I’m not sure that anyone would want make use of this station. No interest has been expressed so far,” he told reporters. (The Guardian).]]>