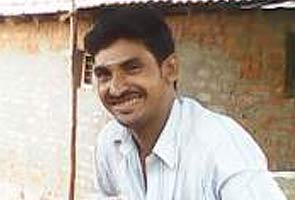 An auto-driver in Tami Nadu set himself on fire this morning to protest against the visit of Sri Lankan president and war criminal Mahinda Rajapakse, who will be in India later this week. Vijayraj, the driver, is in hospital in critical condition. The Sri Lankan president will inaugurate a Buddhist university in Madhya Pradesh. Parties in Tamil Nadu have described his visit as “unacceptable”. Sri Lankan forces have been accused of violating the rights of thousands of Tamils in the final months of the island’s civil war, which ended in May 2009.Â  Political parties in Tamil Nadu staunchly support the rights of Sri Lankan Tamils, who have for decades complained about persecution by the majority Sinhales. Opposition leader Vaiko from Tamil Nadu said he will lead a protest in Madhya Pradesh against the Sri Lankan president’s tour. Chief minister Shivraj Singh Chouhan has appealed to him to re-consider, pointing out that the trip has no political agenda, and it should be seen as an endeavour to promote peace and harmony among Asian countries. In Puducherry today, a day-long bandh has been called by actor-director Seeman and his party to protest against Mr Rajapakse’s visit.Â  Several shops and schools are closed. Political parties in Tamil Nadu have also expressed their opposition to the union government’s decision to allow the training of Sri Lanka defence officers in India. In July, nine air force officers were moved from an air base in Tamil Nadu to Bangalore after objections by Jayalalithaa.]]>