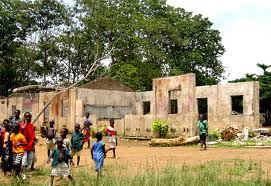 Sierra Leone goes to the polls on 17 November for its third election since the end of the brutal civil war that became famous for its blood diamonds and the role of Charles Taylor, who is now awaiting sentencing for his crimes.

Ten years after the war’s end, Sierra Leone has in many ways made enormous progress. With much help from the international community, political, social and commercial institutions have been rebuilt from virtually nothing. With significant deposits of minerals and hydrocarbons, Sierra Leone  attracts considerable interest from foreign investors. With time, the country might even rebuild its long mourned-for reputation as the Athens of West Africa – famed for its cultural richness as much as for its tradition of learning and reasoned debate.

Sadly the run up to the elections show such prospects are still far off. The level of discourse from both political parties and the news media has fallen far short of the standard to which the country should aspire if it is to finally escape the war’s legacy of conflict and violence. Journalists associated with various politicians have bullied and harassed opponents. Elements within both the governing All People’s Congress (APC) and opposition Sierra Leone People’s Party (SLPP) have been involved in violence and intimidation – often without apparent condemnation from their leaderships.

As an election observer during the 2007 elections I witnessed similar scenes. The difference then was that the international community was far more actively engaged in supporting the independence of the institutions required to conduct, monitor and judge the outcome of the polls. Even then the result was contentious with both sides claiming victory. But in the end it was the statesman-like decision of former President  Kabbah who accepted the result and stepped aside, that enabled Sierra Leone’s first democratic transfer of power since independence, and led to a rare opposition party win in an African election.

This time, the international community has pulled back. Sierra Leone has been given the space to take a greater lead in conducting its own affairs. Whichever party wins, they will need the support of the majority of Sierra Leoneans if they are to govern and implement the policies required to overcome the formidable challenges that remain. Economic growth is now good, but youth unemployment and corruption remain dangerously high.

No one wants a return to civil war, but a generation is emerging that has no personal recollection of the horrors of that period. In the absence of jobs and in the presence of pervasive corruption, the temptations of crime, including involvement in a flourishing regional drugs trade, become ever greater. Sierra Leone is now in a deadly race with the drugs traffickers to build up the economic resilience of the country, including greater employment. Citizens need only look across to countries such as Guinea Bissau to see what could happen if they fail.

Fostering a culture of inclusion is essential for the victorious party if that fate is to be avoided. Unfortunately, judging by its divisive electoral rhetoric and brinkmanship, Sierra Leone’s political elite has not demonstrated awareness that it is the race for inclusion and jobs that no one can afford to lose.