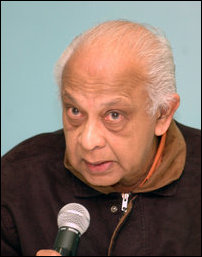 AN AUSTRALIAN doctor and human rights activist has been deported from  Singapore. Brian Senewiratne, 81, was on his way to Malaysia, where he was to give two  talks about the  situation in Sri Lanka, and the factors influencing Sri Lankans  to seek asylum. Dr Senewiratne was born in Sri Lanka but has not visited the country since  1984 and has been an Australian citizen since 1976. He landed in Singapore on Friday and planned to travel by road to the  Malaysian city of Johor Bahru, but was refused entry to Singapore. After being kept in an interview room at the airport for four hours, he was  escorted by an armed guard to a flight which returned him to Brisbane late on  Friday night. Dr Senewiratne said the guard handed him a notice saying he was ineligible  for a visa, but did not provide further details. Dr Senewiratne said he would write to Foreign Minister Bob Carr, and his  local member, Kevin Rudd, to complain about his treatment. WA Today.  ]]>