<![CDATA[OVER the years, Australia has given sanctuary to thousands of Sri Lankans fleeing a vicious civil war, but most arriving in the past six months have openly admitted to immigration officials that they come seeking work. <!-- google_ad_section_end(name=story_introduction) -->Of more than 12,000 asylum-seekers who have come to Australia by boat in the past six months, about 4000 have come from Sri Lanka. Most of them are young men and appear to have accepted people-smugglers’ assurances that they will find work in Australia. A high proportion of those coming to Australia by boat from Sri Lanka now were Sinhalese. Many are fishermen and the vast majority do not claim to be anything but economic refugees. Refugee advocates said just because asylum-seekers were not Tamils did not mean they were safe in Sri Lanka. While the bulk of the Sri Lankans seeking asylum over the years had been Tamils, they also included members of other groups, including journalists and civil rights activists, who’d spoken out against the government, the advocates said. The Sri Lankan government’s position is straightforward. 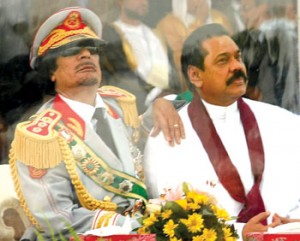 According to Sri Lankan high commissioner to Canberra, Thisara Samarasinghe, no one in his country faces danger from the authorities and so none of those who came to Australia were genuine refugees. They were, said Admiral Samarasinghe, “economic opportunists”. Many of those coming were victims of people-smugglers, Admiral Samaasinghe said. “They believe that if you get into a boat you are an Australian citizen.” Those asylum-seekers who return home voluntarily are generally entitled to grants of up to $3000 to help them resettle in Sri Lanka or set up businesses there. That is designed to lessen the likelihood that they will be coerced by the smuggling gangs to make a return trip to Australia to earn enough to repay their “fares”. Those flown home involuntarily after having asylum applications rejected are not entitled to this financial support. (The Australian).]]>