Tamil humanitarian and national activist Mr Gobi Sivanthan is continuing the hunger strike for the fifth consecutive day at the London Olympic village. 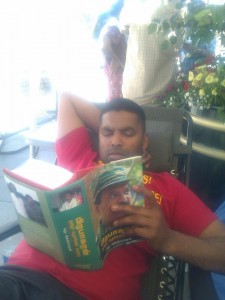 A further demonstration on 27th July, the day of the opening ceremony of the London Olympics, has been planned to protest the presence of Sri Lanka at the event, organizers of Sundayâ€™s protest said. 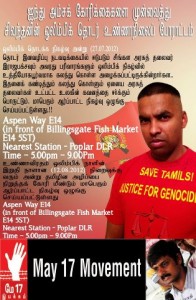 Meanwhile, the Sri Lankan president Mahinda Rajapaksa is on the way to attend the Olympic opening ceremony tomorrow.

This is a great opportunity to show Mahinda’s real face to all the world leaders while he is present, a Tamil activist told.

Â Please All join the peaceful demonstration on | Aspen way | E14 5ST | [opposite to the Billingsate fish market]| on Friday 27 July| 5pm-9pm, he added.