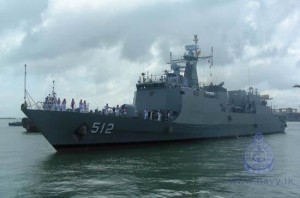 Six Sri Lankan Navy officers who were injured during a weapons training session in Kayts, Jaffna this morning have been admitted to the Jaffna Hospital, Navy media Spokesperson Commander Kosala Warnakulasuriya told.

The group of officers who were receiving the training were attached to the Navy camp based in Wellawane, Jaffna.