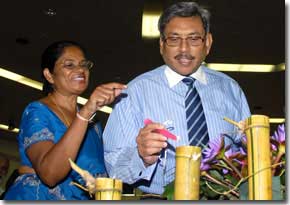 The total amount to be paid back at the end of the period of loans obtained by Sri Lanka during last 15 years to countries and institutions amounts to US $ 15,386.8 million (over two trillion rupees), the Sri Lankan Parliament was told yesterday.

During the same period Sri Lanka has obtained grants amounting to US S 1,132.4 million for which the country does not have to pay back, the minister said.

The minister said this in response to a question raised by UNP Colombo District MP Ravi Karunanayke.