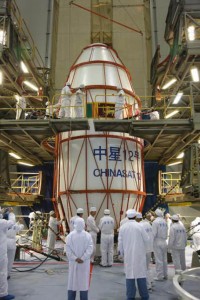 The first joint telecommunications satellite between Sri Lanka and China is to be launched today (22) from the Shing Chang satellite center. The media has reported that once the satellite is launched, Sri Lanka would become the 45th country to have launched satellite, the Lankanewsweb reports. India however is keeping a close watch on the real reason for the launch of the satellite. The amount of US$ 320 million required to manufacture and launch the satellite is to be given by the Chinese government to Sri Lanka as a long term loan. China is to also allocate another US$ 40 million to Sri Lanka for the satellite management center that is being set up in Pallekele in Kandy and to set up a training facility there. Sources connected to the project say that China has agreed to consider the entire US$ 360 million for the entire project as grant to Sri Lanka, if the project serves Chinaâ€™s needs. The modus operandi in the satellite programme is for the Chinese government to get internal and external information related to India through Sri Lanka. China has already accepted the task of training technicians and satellite engineers needed fro the programme. One of the key conditions in the process is that all information received through the satellite should be shared with the Chinese. India meanwhile has already expressed doubts over the threat to the countryâ€™s internal security once the satellite is operations. Relaibale sources said that although the Chinese government has tried to show that the entire project is a childâ€™s programme after putting the Presidentâ€™s son, Rohitha Rajapaksa, the Indian government is well aware of the impending threat to the country.]]>