Now, Sri Lanka faced the 14th session of the Universal Periodic Review Working Group of the UN Human Rights Council for the review of its human rights record. 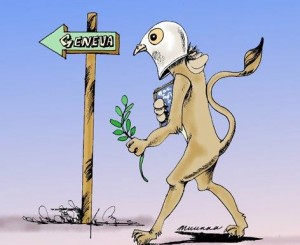 Several countries criticised Sri Lanka’s progress on human rights and called on the government to investigate past and continuing violations.

A total of 99 countries spoke at the review, which was opened by a statement by the Minister for Plantation Industries and the President’s Special Envoy Human Rights Mahinda Samarasinghe, who detailed ‘progress’ made by the government and answered questions sent in advance by 20 countries.

Campaigners were not convinced. In advance of yesterday’s session, at which around 100 countries tabled questions, around 50 human rights groups made written submissions. In its submission, Amnesty International said: “In 2012, grave human rights violations continue to be reported, including arbitrary arrest and detention by the police and other members of the security forces, enforced disappearances, and torture and ill-treatment.”