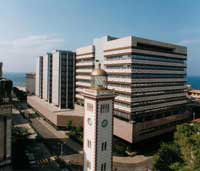 Accordingly, the government had to pay 150% of its income that also included loans and grants it received. During the period Rs. 283,800 million had to be paid as installments and Rs.176,650 million was paid as interests.

The financial crisis the government is confronting has aggravated and the country has been further choked in the debt trap.

This information has been obtained by the â€˜Midâ€year fiscal position reportâ€2012 of the government.