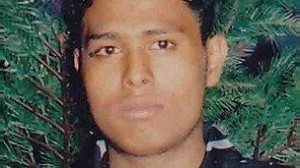 Accordingly the Court gave time till July 20 for the AG to get instructions on what conditions the body could be allowed to take to Vavuniya. Counsel Saliya Pieris with E. Mariam Pillai appearing for parents of Nimalaruban, A. Ganesan and G. Rajeshwari told court that their only concern was to take the body of their son to their home town Vavuniya to hold the funeral according to their religion against the Mahara magistrate order that the body should be cremated around Ragama, where he was treated.

The Counsel also told court that parents want a fresh postmortem to be held on the body. He told court that Nimala Ruban was transferred from Vavuniya prison followingÂ protest to the Mahara Prison on June 30 and died at Ragama Hospital on July 04.