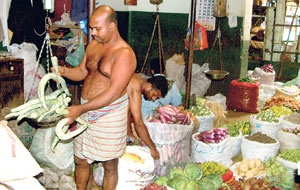 Sri Lankan inflation rose to 9.8 per cent last month (on a year-on-year basis) against 9.3 per cent in June, appearing to edge closer to double digit inflation (10 per cent and over) in the next few months â€“ unless food prices come down.The Central Bank (CB) said inflation, as measured by the Colombo Consumersâ€™ Price Index (CCPI) and computed by the Department of Census and Statistics, increased to 6 per cent in July 2012, on an annual average basis, from 5.8 per cent in the previous month.

However, a decline in the prices of red onions, big onions and limes was also reported during the month. (JDS)