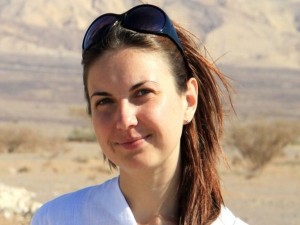 A woman raped at a hotel in Sri Lanka has spoken for the first time of the attack in which she was badly beaten and her British boyfriend was killed, the British Sunday Times reported yesterday.

Victoria Tkacheva, 24, a Russian languages graduate, fears that the men responsible for her rape and the murder of Khuram Shaikh, a 32-year-old Red Cross worker from Rochdale, will not be brought to justice.

One of the eight suspects who were arrested but later released is a local politician whose family have close ties to the Sri Lankan president.

There is currently no prospect of a trial, but Tkacheva insists she will not rest until justice is done. â€œI know if Khuram was in my place he would go on to the end,â€ she said. â€œThatâ€™s what I must do too.â€

The couple had met in 2009 in North Korea where he was working as a prosthetics expert for the Red Cross, fitting artificial limbs to adults and children. Tkacheva was in Pyongyang, the capital, to study the Korean language. The relationship continued when Shaikh was posted to Gaza.

They were enjoying a holiday in December 2011 at the Nature Resort in Tangalle, 100 miles south of the Sri Lankan capital Colombo, when a group of men arrived at a hotel party on Christmas Eve.

After a minor tiff with Shaikh during the party, Tkacheva was sitting alone on the beach at midnight to cool down when she was approached by a man and asked whether anything was wrong.

She became anxious and ran back towards the hotel but was set upon by a number of men. She does not know how many.

â€œI couldnâ€™t even see them. They started beating me. I fell to the ground â€” I was covering my head with my arms so I couldnâ€™t see anybody,â€ she said. â€œIt was next to the pool. It was so sudden, they were kicking and punching.â€

Her assailants pushed her into the swimming pool. â€œI was trying to escape from the pool but they were not letting me.â€

Tkacheva, who had suffered a fractured skull, eventually managed to get away.

â€œI got out from another side of the pool and in a few steps I found Khuram lying on the ground. I ran to him and started to call his name but he wasnâ€™t responding.

Tkacheva saw cuts on Shaikhâ€™s face but did not notice the stab or bullet wounds that killed him. â€œWhen I couldnâ€™t bring him round I screamed very loud from helplessness and then I think I lost consciousness because I donâ€™t remember anything else.â€

It appears that at this point she was raped. Her next memory is waking up in hospital wearing a T-shirt that she did not recognise and finding that her dress was blood-splattered and her underwear had gone. Her face was badly swollen and her body was covered in bruises.

Witnesses said Tkacheva had been found naked and unconscious in a room at the hotel on Christmas morning. She had been raped or sexually assaulted and had suffered vaginal injuries, according to a Sri Lankan police report.

Tkacheva does not recall when or where she was found. â€œYou try not to think that could have happened but itâ€™s disgusting because they killed Khuram and sexually assaulted me,â€ she said.

To the best of Tkachevaâ€™s knowledge, her missing underwear has never been found and her dress was thrown away. Both could have provided police with DNA evidence.

The eight suspects were identified through witness accounts. They include Sampath Chandra Pushpa Vidanapathirana, the head of the local council in Tangalle, one of the largest towns in Sri Lankaâ€™s southern province. His family have links to President Mahinda Rajapaksa.

While there is no suggestion that Rajapaksa or members of Vidanapathiranaâ€™s family have intervened in the case, the relatives of Tkacheva and Shaikh believe there has been a lack of urgency during the investigation. All the suspects were released on bail without charge last November.

Tkacheva, who has waived her anonymity as a rape victim, is ready to give evidence at any trial. â€œI was devastated when the men were freed on bail,â€ she said.

Last month the Sri Lankan government said it was awaiting a report on DNA evidence and had made every effort to find those involved.