<![CDATA[The United Nation Human Rights Council that the LLRC took centre stage.. However, Sri Lanka was defeated at the UN Human Rights Council and it was a clear indication as to the will of the international community, Colombo media reports. After the defeat of Sri Lanka at the UNHRC Sri Lanka to renew relations with the USA, the western powers and India. <a href="http://www.eelamenews.com/?attachment_id=101676" rel="attachment wp-att-101676"> 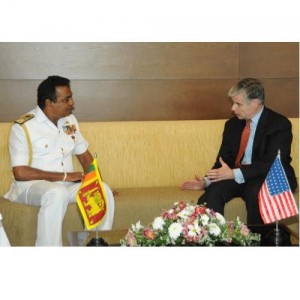 The efforts of the Weeratunge Committee, and the tireless work of its members, produced an implementation plan, provides a measuring rod with key performance indicators on the performance of the SL government, where the more contentious issues would be taken up with the proposed Parliamentary Select Committee. Sri Lanka is now under the radar screen of the U.N. and the measuring rod will be the government’s own home grown implementation plan. The Tamil Diaspora would continue with its agitation calling for an international inquiry into war crimes but its efforts to draw the international community into this strategy would lose momentum, if the government implements the plan. Whether the SL Government has taken a strategic shift to win over the western powers upon whom Sri Lanka is dependent for its markets or is a tactical shift to buy time is yet to be seen.  ]]>