French investigators believe at least two assassins were responsible for murder – and expert says it was probably state-sponsored.

Nadaraja Matheenthiran known as “Regan” when functioning as a Tamil national activist in France was killed around 9.20 pm on Thursday by suspected Sri Lankan military intelligence assassins came by motor cycles on opposite the Tamil Coordinating committee (TCC) office at 341, Rue des Pyrénées in Paris.

According to Paris Media reports, Matheenthiran alias Parithy was leaving the TCC office to go home when two Sri Lankan origin men on a motor cycle drew close and fired at him by pistol. Though hit by a 9mm bullet the injured Matheenthiran tried to run away but fell down near a bus stop.

The motor cycle assassins wearing helmets and scarves masking their faces U turned their motorbike, came near him, fired again twice at close quarters and escaped. Parithy had died on the spot. Three 9mm bullets had entered his body. French Police investigating the killing are attributing the killing to a Sri Lankan civil war between Tamils and Sinhalees.

Matheenthiran who was appointed head of LTTE operations in France by LTTE leader Veluppillai Prabhakaran in 2003. 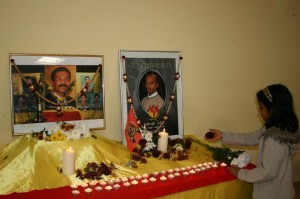 Matheenthiran hails from the Jaffna, Naranthanai and he was completed his studies at Jaffna Central College.

After anti- Tamil riots of July 1983, Matheenthiran joined with the LTTE. He formed part of the LTTE second batch of cadres to receive arms training in Tamil Nadu. Some of his batch mates in the training camp in India were Kumarappa, Bhanu, Ranjan Lala and Vasu and he returned to Vanni 1984.

Regan was assigned to the Mannar district deputy command under Lt. Col. Victor. He participated in the historical Adampan battle where Victor was killed and the LTTE captured two soldiers alive as prisoners of war. Then released them to get their prominent commander Aruna. After Victor’s death, Radha took over the Mannar LTTE command. Regan as a deputy commander. 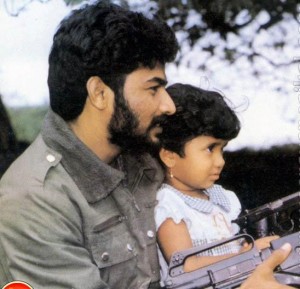 When Radha was moved to Jaffna in 1987 Regan too went to Jaffna with Radha. Lt. Col. Ratha was killed in Palaly by sniper and the same time Regan was injured in combat in May 1987 during the “Vadamaratchy” operation.

After the Indo-Lanka accord Regan went over to Tamil Nadu for treatment. War broke out between the LTTE and the Indian Army in 1987. Many of the tigers in Tamil Nadu were rounded up and detained and they were brought to Sri Lanka by the Indian authorities.

All LTTE detainees were released after the complete withdrawal of the Indian army in 1990.

In 1990 Regan was assigned military command of the Northern Islands region .His regional political commissar was Castro. But he was injured again in a military operation.

He went back to Tamil Nadu for medical treatment. After 1991, Regan moved to Kerala and reached France.

At least two assassins were responsible for the murder of Tamil activist and investigators believe that the killing was likely to have been a “political assassination”.

The dead had been shot thrice. The details have fuelled speculation that the killing was a professional hit. French sources claim that the facts point to a state-sponsored assassination.

“This murder was carried out by killers with the precision and planning that comes with military training, which normally points to a political assassination,” they said.

The Paries Tamil media reports that his work against Sri Lankan war crimes might have made him a target for assassination. 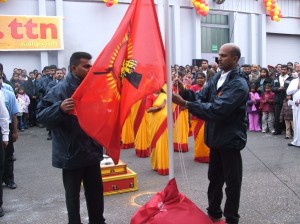 Meanwhile, pro- Sri Lankan analyst claims that the Sri Lankan government used Kumaran Pathmanathan (KP) loyalists with Sri Lankan military intelligence to carry out this murder. According to very reliable news received, KP played an important part to finally destroy the LTTE in May 2009. His engagement with army intelligence head Major General H G K Hendavitharane resulted in the very supply ships he sent to the LTTE were bombed by the Sri Lankan Air Force. The government of Sri Lanka through KP is making arrangements once again to entertain few Diaspora Tamils (to Colombo).

When United Nations members urged Sri Lanka to act on accountability for abuses at its Universal Periodic Review (UPR) and Tamils prepare to remember their freedom fighters, the Sri Lankan government systematically carried out this assault in foreign soil to terrify the Tamil Diaspora.