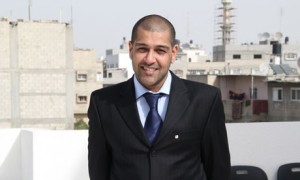 Mohammad Shaikh has observed the same ritual almost every day for the past 11 months. After a short drive to a Rochdale cemetery, he prays and then checks the flowers on his youngest son’s grave. He always brings a fresh bunch. Since he buried Khuram, a 32-year-old Red Cross worker, on 6 January this year, Mohammad has interrupted his routine only for the three weeks it took him and his wife to perform the hajj on their son’s behalf. Twelve months after Khuram was murdered while on holiday in Sri Lanka, his relatives are far from coming to terms with his death. They still do not know exactly how or why he died, and are still waiting to see his killers brought to justice. Khuram, who had just spent months fitting prosthetic limbs in Gaza, was spending Christmas and the new year in Sri Lanka when, early on Christmas morning last year, he became involved in an altercation at his hotel in the resort of Tangalle. Eight men, who are said to have been armed and drunk – and to include a prominent local politician with ties to the government – are accused of attacking him. Stabbed and shot, Khuram died; a female colleague who was with him was assaulted and left badly injured. Despite assurances from the Sri Lankan government that those responsible for his murder would “be severely dealt with even if a ruling-party politician is involved”, no charges have been brought. The eight suspects were recently granted bail. Khuram’s family cannot understand why, now that the police investigation is complete, things are taking so long. His brother, Nasir, an NHS project manager, describes the situation as “disheartening, upsetting” and unacceptable. “It should have been fast-tracked, and yet 12 months on, we’re not at that stage,” he says. “Something that was being pushed so quickly at the beginning is slowing down.” The Foreign Office, which has been keeping the Shaikhs informed of developments on the island, is also urging action. It said in a statement: “The UK cannot interfere in Sri Lanka’s legal system, but we hope that a trial occurs without any undue delay to bring the perpetrators of this terrible crime to justice.” The family’s MP, Simon Danczuk, fears “political interference” may be responsible for the lack of progress, and wants David Cameron to consider boycotting the Commonwealth heads of government meeting in Sri Lanka next year in protest. “Despite assurances from the government that there would be a swift and straightforward trial, this is going nowhere and ministers and police are sitting on their hands,” he says. “David Cameron should think twice about attending this meeting while British nationals are being brutally murdered in Sri Lanka with local politicians implicated and their government is not even prepared to investigate properly.” However, Neville de Silva, Sri Lanka’s acting high commissioner to the UK, dismisses suggestions of government interference or deliberate delay. He says he had been told by the attorney general’s department that “non-summary inquiries” are due to begin shortly. After that, he says, the indictment for murder could be served in the high court. He adds: “Those who advocate adherence to the rule of law and proper legal procedures would appreciate that persons cannot be indicted on the basis of allegations made by others.” The Shaikhs say they have been overwhelmed by tributes paid to Khuram by those he worked with and helped. His job with the International Committee of the Red Cross had taken him from North Korea and Ethiopia to Gaza, and he had just been appointed rehabilitation programme manager. The room in Gaza where people learn to use their prosthetic limbs and work to recover mobility has been named in his honour and a plaque in his memory was unveiled by the mayor. “He loved his job,” says Nasir. “It was a perfect match for his personality: he put other people before himself and he had a warm, loving heart.” Although Khuram had been due to take up another field post in Cambodia when he was murdered, his ambition was to reach the senior ranks of the Red Cross. “I remember he showed me a photograph of when he went to the Red Cross’s headquarters in Geneva for his job interview,” says his brother. “He said to me, ‘Nass, you know what? One day that’s where I’m going to be working.’” The family, says Nasir, is dreading this Christmas and the memories it will bring. “Reliving that day itself is the bit I’m scared of. I’ve got a little girl who’s four now. That’s the bit I struggle with: as much as I keep a brave face, I break down when she asks about how Khuram is. She calls him chachoo, which is uncle in Urdu. When she says, ‘I’ve not seen chachoo in ages’, that just breaks my heart.” When the first anniversary has passed, the Shaikhs will continue their fight for justice for Khuram. Nasir will keep pushing for progress in Sri Lanka and his parents will keep asking themselves how their son, who had worked in some of the most dangerous places in the world, came to die in an apparently random eruption of violence at a tourist resort. Until the trial comes, and perhaps long after it ends, the family will continue their visits to Khuram’s grave. “It’s just so sad,” says Nasir. “I can go to work and think of Khuram on the way there and on the way back and in the evening. But my parents think and breathe it every day. I can see them continuing their daily routine of taking flowers and praying for the rest of their lives.” (The Guardian)]]>