<![CDATA[Taliban carried out the most destructive single strike on US and NATO forces in nearly 11 years of war in Afghanistan by attacking a heavily fortified base damaging eight fighter aircraft on the ground, ringing alarm bells in Pentagon. <a href="http://www.eelamenews.com/?attachment_id=103202" rel="attachment wp-att-103202"> 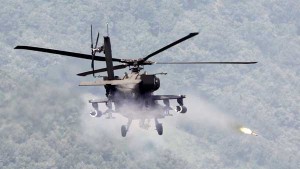 In the attack, 15 Taliban fighters in three tightly choreographed teams wearing American uniforms penetrated the Camp Bastion in Helmand province, one of the largest and best defended posts in Afghanistan, where Britain’s Prince Harry is also stationed, New York Times reported quoting full details of the attack released by Pentagon. The assault came in the middle of the night and Taliban teams armed with automatic rifles, rocket-propelled grenade launchers and suicide vests blew a hole in the perimeter wall at one of the closest points to the airfield and then raced towards their targets, shooting and setting fire to parked Navy AV-8B Harrier jets and destroying three refueling stations. As a quick reaction force was mustered to fight them off, US military sources said the Taliban team fought a running battle lasting more than three hours and were able to bomb the aircraft before they were intercepted. The US statement said, “Six coalition AV-8B Harrier jets were destroyed and two were significantly damaged. Three coalition refueling stations were also destroyed. Six soft-skin aircraft hangars were damaged to some degree.” The Americans estimate the damage to more than USD 200 million with six of the fighters believed to be costing between USD 23 million to USD 30 million. Two American Marines were killed in the attack, and nine coalition personnel, including a civilian contractor, were wounded, the military said in the statement. Prince Harry, the third in line to the British throne, was doing a tour of duty as a helicopter pilot and was stationed at Camp Bastion at the time of the attack, but was not hurt. Camp Bastion is home mostly to British soldiers, while the neighboring camp, known as Leatherneck, has American Marines and other service members.]]>